Juan Gris article
This website has links at the top of the page to other artists we've studied. Click them. Read them. Review. 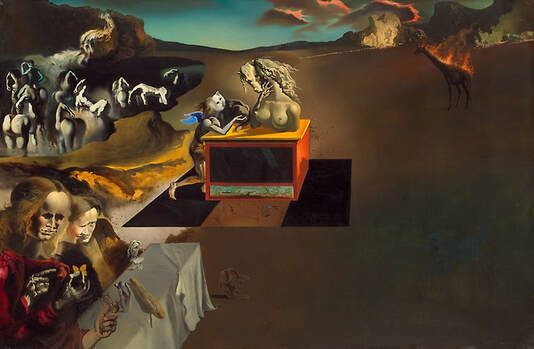 
El Greco (1541- 1614) Doménikos Theotokópoulos “The Greek”, born in Greece but lived for many years in Toledo, Spain, painted pictures for churches in Toledo, painted strong spiritual emotion, tall, slender and elongated figures. His dramatic style puzzled his contemporaries, but he inspired many future painters, including Picasso.


Francisco Goya (1746-1828), painter and printmaker from a village in the Aragon region of Spain, court painter (painted kings and their families), Goya is often referred to as both the last of the Old Masters and the first of the modern painters, became deaf later in life, painted Los Caprichos: prints that were an artistic experiment condemning and criticizing foolishness and ignorance in the Spanish society in which he lived.


Joaquín Sorolla (1863- 1923) - born in Valencia, his parents died when he was young, impressionist, very devoted to his wife and family, painted people and landscapes in bright sunlight, painted outside, inspired by water, light reflections, sunlight, and the beach, his home in Madrid is now an art museum.


Pablo Picasso: (1881-1973) born in Málaga, regarded as one of the most influential artists of the 20th century, child prodigy, painted in many different styles, Picasso's work is often categorized into periods: “Blue Period,” “Rose Period,” “Cubism”, etc., among his most famous works is a dramatic portrayal of the bombing of the town Guernica during the Spanish Civil War, sculpture entitled “Picasso Chicago” in the Daley Plaza in downtown Chicago, exceptionally prolific throughout his long life, achieved universal renown and immense fortune.


Salvador Dalí (1904-1989) highly imaginative surrealist, born in Figueres, Catalonia, iconic mustache, his mother died when he was young, his best known work, The Persistence of Memory, was completed in 1931 (melting clocks: rejection of the assumption that time is rigid), loved publicity and was known for his unusual and outlandish  behavior. “Intelligence without ambition is a bird without wings.”


Eduardo Chillida (1924- 2002) born in San Sebastián, Basque sculptor, known for monumental abstract sculptures, many of his works were created for public spaces, played professional soccer (Real Sociedad) until an injury ended his career, created many sculptures out of metal and iron.